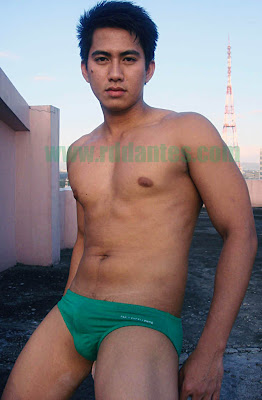 Too bad I wasn’t able to go last night, but when I opened my mail today, I received mixed reviews about Sagwan.  Apparently, those who went to see the movie [and found time to email me – thank you so much for the gracious gesture] had lots to say about the movie, and the most I can remember were words such as cocked, flaccid, erect, and stiff – the last adjective, not referring to the penis of the guys from Cappuccinos like Dennis Torres [in photo]. So, how did you find the movie Sagwan?