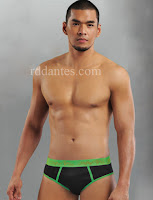 Among men, there is no consistent relationship between the size of the flaccid penis and its full erect length.

In one study of 80 men, researchers found that increases from flaccid to erect lengths ranged widely, from less than a quarter inch to 3.5 inches longer.

Whatever the clinical significance of these data may be, the locker-room significance is considerable. You can’t assume that a dude with a big limp penis gets much bigger with an erection. And the guy whose penis looks tiny could surprise you with a big erection.

An analysis of more than thousand measurements taken by sex researcher Alfred Kinsey shows that shorter flaccid penises tend to gain about twice as much length as longer flaccid penises.
A penis that doesn’t gain much length with an erection has become known as a “show-er,” and a penis that gains a lot is said to be a “grower.” These are not medical terms, and there aren’t scientifically established thresholds for what’s a show-er or a grower.
Kinsey’s data suggest that most penises aren’t extreme show-ers or growers. About 12 percent of penises gained one-third or less of their total length with an erection, and about 7 percent doubled in length when erect. Model only: Derick Hubalde.