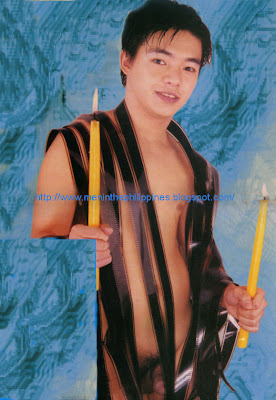 He is probably in his late 20’s now, but when he was younger, Dave Montelibano was the main attraction at a popular gay club. He was popular with showbiz patrons then; in fact, the buzz at that time was that he was the favorite boy of a well-known publicist, star manager and showbiz talk show host in a major network. This short Chinese mestizo guy also did a couple of B-movies, namely Mga Babae sa Isla Azul and Miss, Gabi Na. Nothing was heard from him since then.