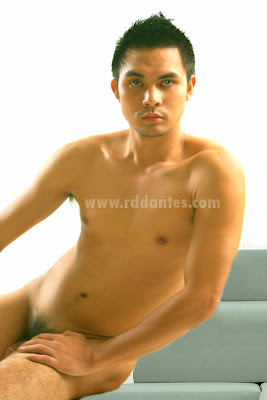 With the summer season, expect more daring men to bare themselves publicly in contests and shows and publicity photos. A few years back, one guy unhesitatingly dropped his skivvies. Now 24 years old, Rhum Palermo used to model for the bikini [and non-bikini] series of shows that started the trend in daring mainstream spectacles. Of course, that is his screen name, as he is known also with the name Golden P___. He now works for a major broadcasting company, according to sources.