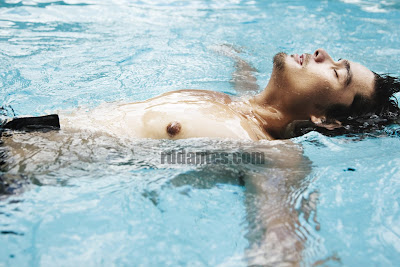 His new prime time soap may not have done well in the ratings game but Dingdong Dantes is unfazed as he is still one of the top and hottest matinee idols of his generation. Aside from the tv soap, he has a hosting job [Starstruck] in his home studio plus guesting parts in the other shows. The 29-year-old actor is also getting prime projects lately, the most recent of which is that San Marino Corned Tuna deal, which reportedly made him a few millions richer.