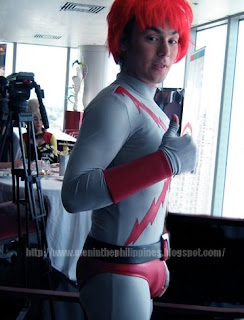 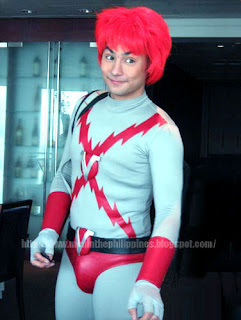 This just in, thanks to reader Barbarella for the photos. That’s Dino Imperial [Dino Kilates in the real world], the twinkie model who shot to fame via the PLDT MyDSL series of commercials. He is now cast in the fantasy series Volta in ABS-CBN, his home studio. Dino, who is turning 20 this year, was raised in Las Vegas but he came home for school. He is enrolled in Multimedia Arts [2nd year] at the College of Saint Benilde, according to his bio. For his role in Volta, Dino unwittingly becomes the subject of gay men’s fantasies as he dons a tight-fitting costume, bulges and all.

15 thoughts on “Dino Imperial in Volta”