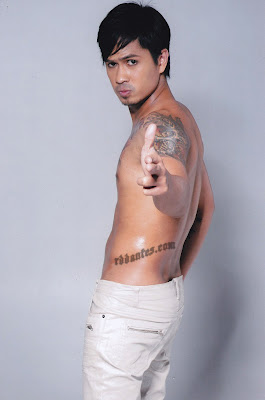 That’s Tito Fortunato “Tutti” Caringal, drummer and back up vocals of the alternative band 6Cyclemind. He’s also one of the featured men in the recently-released sexy rag Folio, which is about to be sold out in stores. The singer and host also appeared shirtless at the Cosmo Bachelor Bash.