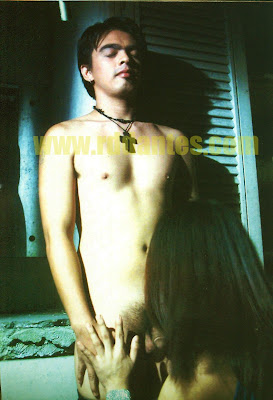 Another supporting actor in the most-anticipated movie of January, i.e. Butas, is Froilan Moreno. He was previously featured here as a 21-year-old centerfold of a gay magazine. Reportedly,  Butas will have twelve [12] frontal nudity scenes of Marco Morales alone [some photos were sent to me earlier but I’m not at liberty to post yet], plus those of Froilan Moreno. And the girl.  Set the date of the premiere: January 12, 7.30 p.m. at the UP Film Institute. Regular showing in theaters is on January 15.

37 thoughts on “Froilan Moreno in Butas”