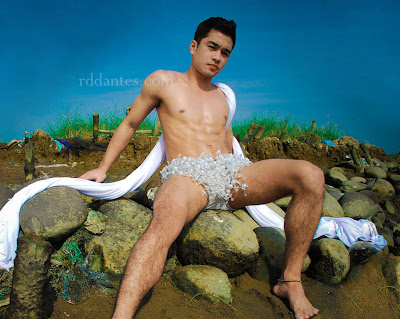 Remember Armando “Gino” Quintana? He was the guy [with dong a-dangling] who streaked past a nekkid group of boys marooned on an island in the movie Santuaryo. The good news is that the DVD of Santuaryo is slated for release this weekend in major record and movie stores [read: SM malls]. What’s so special about this DVD? According to the producers, this will be a full-length film without cuts “so all the frontals that have been darkened or removed in the theater version will finally be shown in its integral version.” More features will be revealed tomorrow, plus some cheeky picture of one of the actors in the movie!