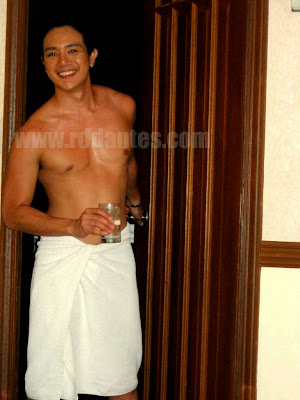 Jude Marco Sy-pongco is back and there’s good news as he opens a new door! 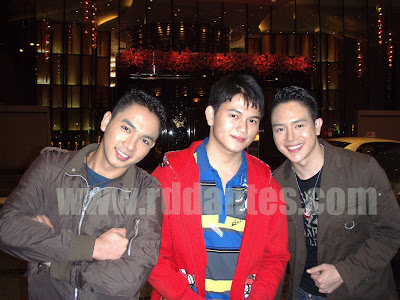 l-r: the Johnron, Harry Chua and Jude Marco Sy-pongco
Last Saturday, 7 February 2009, Harry Chua a.k.a. Harry Laurel and his manager plus a movie producer, dropped by Macau and met up with the Johnron and boy-of-the-hour Jude Marco Sy-pongco.  The next day, the group proceeded to Pok Liu [Lamma Island] in Hong Kong for a photo shoot of the three boys. This meeting was held to discuss the new documentary and indie film [untitled at present] that Harry, Johnron and Jude Marco will most definitely be doing together in the next couple of months. Since Harry needs to lose a bit of the poundage, shooting will start next month in Macau, Hong Kong and Manila.  Photo above was taken a few days ago, and if you ask me, the boys look great!