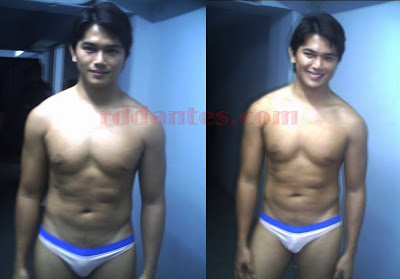 These are amateur photos sent in by a reader who wants to remain anonymous. Apparently these are latest pictures [a bit hazy] of erstwhile actor Harry Chua a.k.a. Harry Laurel, who appeared in the pioneering gay flick, Ang Lalake sa Parola. Private citizen Harrison Chua was reportedly spotted in a show organized locally, which show required him to wear briefs. And while he may not be fit as a starving model, he is still cute and cuddly as a bear cub.