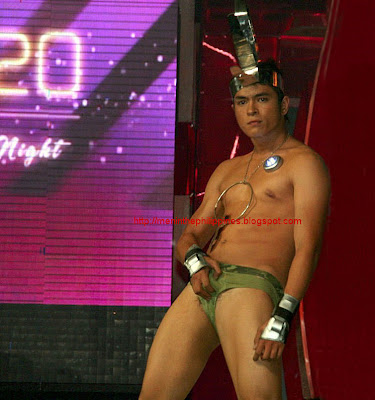 I just had to put up this photo. It’s too good not to share. After you put your hands inside your briefs at the Bench Fever show last year, I never thought you’d do it again. Remember at the Be Bench Grand Finals when you suddenly squeezed your ballocks, revealing tufts of hair, here and there? Araneta Coliseum went up in a roar, you nearly reworked the meaning of “bringing the house down.” The last time I saw one doing that was six years ago, in some dingy bar in Timog Ave., when the macho dancer had to choke his monkey as he was losing his stiffy. That’s because he had 8 minutes left running on Celine Dion’s It’s All Coming Back To Me Now [Extended Version]. But you, Jake, you were such a tease. And I’m not complaining.