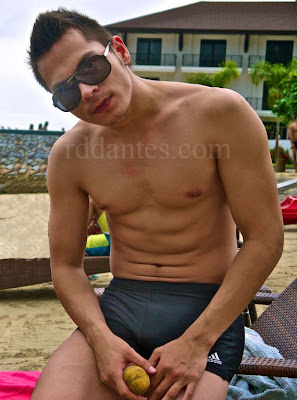 Sexy young stud Jake Cuenca is out to prove to everyone that he can carry a serious movie as a lead actor. Forever waiting in the sidelines with just his Bench Body briefs on, Jakey’s now making the giant leap by starring together with Dennis Trillo in the dramatic wife-swapping flick My Neighbor’s Wife. The movie will start its commercial run on 14 September 2011 in major theaters nationwide.

74 thoughts on “The Neighborhood Hunk”