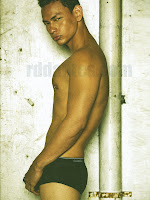 Here’s a pr from the makers of Bayaw – “Due to the box office success of BAYAW during its premiere at the CCP last July 21, Cinemalaya has decided to show the movie once again to cater to the overwhelming public demand. BAYAW will have its second run at CCP’s Tanghalang Huseng Batute Theater on 26 July 2009, Sunday at 3:30pm. Tickets are available at the CCP and through Ticketworld.
BAYAW has been officially recognized as the Top Grosser for the NETPAC Competition category and will be the only film in the category to be allowed a second running. The Cinemalaya NETPAC World Cinema competition is comprised of a distinct group of films by independent producers that were shortlisted by the screening board of CCP to premiere during the festival. This is a separate category and competition from the films that were granted funding by the Cinemalaya organization. A winner for this category will be determined by a distinct group of international jurors and announced during the Cinemalaya Awards Night.
The success of BAYAW confirms the magic touch of its director, Monti Parungao, who is also the same person behind the success of gay flick, SAGWAN. Direk Monti describes BAYAW as a movie that combines action, mystery, suspense with the gay genre. The film topbills new indie movie king and GAWAD Urian nominee, Paolo Rivero together with comebacking actor, Janvier Daily.
BAYAW is a story about the bond between two brother-in-laws. Nilo Vergara (Paolo Rivero) is a policeman who lives an ordinary life with his wife, Pia Jacinto (played by Kaye Alipio, Philippine Survivor castaway). Their lives take an unfortunate turn when Nilo loses his badge due to a frame up and is forced to depend on Pia for his livelihood. Pia becomes burdened and resentful of the responsibility of taking care of her husband and her drifter young brother, Rhennan (Janvier Daily). One day, Rhennan witnesses Nilo accidentally killing Pia after a heated argument. Both in-laws decide to run from the law and become fugitives. As the story progresses, the real events behind the death of Pia is slowly revealed through flashbacks and shifts in character point-of-views.
BAYAW also introduces new indie actor, Andrew Miguel, star of the controversial straight-to-video release, FRESHMAN. Andrew plays the character of Erick Cana, the mysterious figure who saves the two brother-in-laws in the most unlikely times. His devious and sometimes, mischievous intentions complicate the lives of the two lead actors but his connection to Nilo and Rhennan is finally revealed at the end of the movie. Visually edgy and groundbreaking, BAYAW is ultimately a deep look into the unique and complex relationship of two brother-in-laws that borders between family ties, brotherhood, camaraderie and love.
Theater release of BAYAW is set on 2 September 2009 in Robinsons Galleria Indiesine. Movie trailer is posted on www.youtube.com .”