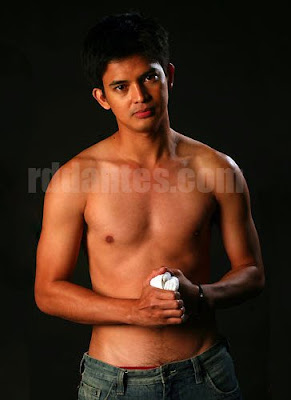 Hot actor Jason Abalos should be given better roles on tv. His Best Actor awards from the top critics [Gawad Urian and Young Critics Circle] are testaments to his fine craft.  The tall, dark and handsome 23-year-old from Pantabangan, Nueva Ecija, however, says he is not complaining about the roles handed down to him by ABS-CBN, as long as there is work.  He considers showbiz as a long-time job, although he is now studying at the University of Santo Tomas. Methinks Jason Abalos deserves better projects more than those ham and blah actors in the studio’s stable of talents [and non-talents].