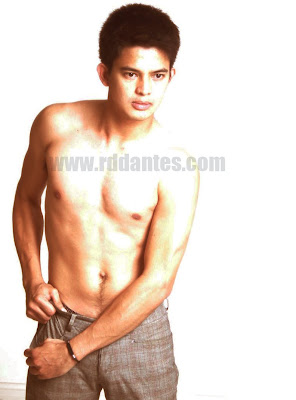 Jason Abalos won his first Best Actor awards recently for the indie flick Endo at the prestigious Urian Awards and the Young Critics Circle. His sensitive portrayal of a miserable contractual worker got the approval of the movie critics. The 21-year-old actor was also cited by StarStudio magazine as one of the “most sizzling boys under 23.” It seems like things are doing pretty well in his career. It helps that Jason Abalos is one heck of a cute moreno kid. And tall, too. I’m waiting for the day when he goes all-out sexy as he declared one time in a magazine interview that he’ll do just that once is body is “fully developed.”