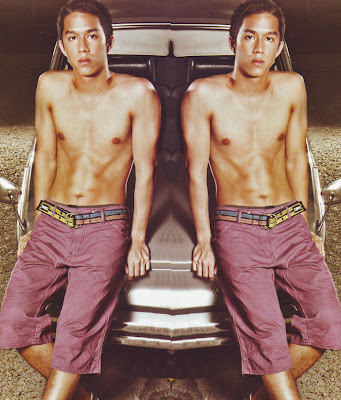 Twenty-one-year-old student and kart racing driver Jed Jalandoni likes cars over girls.  In an interview with teen magazine Chalk as one of the Boys of Summer, he was asked to choose between cars and girls and he chose the former because “well, I love cars, period.”  Too, the Mechanical Engineering major at the De La Salle University loves the opera and into art.  In the interview, he revealed that he loves his freedom in Manila as a college student [he is originally from Bacolod City]: “I feel like there’s nothing I can’t do. I kind of live in freedom. It’s awesome. Just as long as you don’t do anything stupid, right?”  Right.  A year ago, there was a video of Jed Jalandoni uploaded on the web – he was stroking the salami.