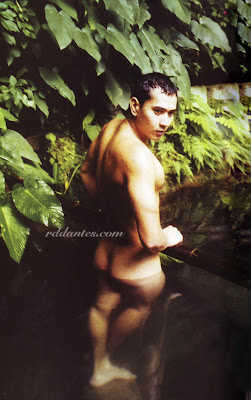 One order of erstwhile model-actor John Apacible coming up! He’s probably around 39 years old now, but back in the days of guiltless [and safe] fun and frolic, he was a hunk twice desired in the backlot of film companies churning out sexy movies. He first appeared as the speedo-wearing male lead in the 1996 camp-esthetic flick Nights of Serafina, after he was discovered winning a modeling competition. He has since breezed through numerous movie and tv assignments, daring photo shoots and gay magazine covers.