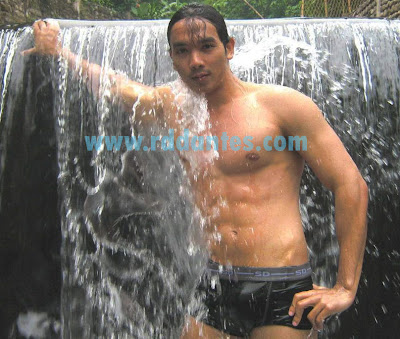 My weekend is set. Saturday will have to be my Kambyo day. Which means, I’m reminding you, too, guys, that this Saturday July 5 the premiere night of the movie Kambyo will be held at the UP Film Institute. Tickets will be sold, according to Lex, at the gate a few hours before the screening. Plus the actors will be there for a meet and greet. Plus, to the Lex Bonife-stalker out there, the screenwriter – who is single – will be there too, together with the director, Jay Altarejos.

Director Crisaldo Pablo wrote to correct the previous entry on the magaling na theater actor [quote: the Johnron] Rayan Dulay. Here’s the email of the wonderful director: Hi there! How are you? This is with regard to your write up on Ray-An Dulay. There was an error. He did not appear in my movie duda/doubt. I discovered Ray-An when he was a teener student at University of the East. We were almost giving up on finding the cute innocent-faced twink to pair with Jet Alcantara. Then on the last hour of the audition he arrived and showed us a very sweet smile and that was it. Ray-An’s indie movies were always a hit: “Bathhouse”, “Moreno”, “Retaso” and he appeared in other movies like “Pitong Dalagita”, “Metlogs” and will appear as lead not only in “Kambyo” but in “S.E.B. : Cyber Game of Love” as an OFW who comes to Manila to eyeball his one year on line girlfriend whom he suspects to be a boy. Thanks and more power.

Interesting, this Ray-An Dulay. I’m not so sure now how to spell his name but just the same, here’ s one really talented actor. Some feedback from the movie: apparently, Rayan had a scene with the Johnron in Kambyo where both had frontal nudity. And, according to one movie scribe, while Rayan had no qualms about letting it all hang out in his scenes, the Johnron was rather too sheepish about the whole frontal thing. Note that in the previous photos and videos of the Johnron, he never did the full monty. So, let’s understand how he’s feeling and watch this movie on Saturday to see how that scene really went.

11 thoughts on “Waiting for Kambyo + mail from Cris Pablo”