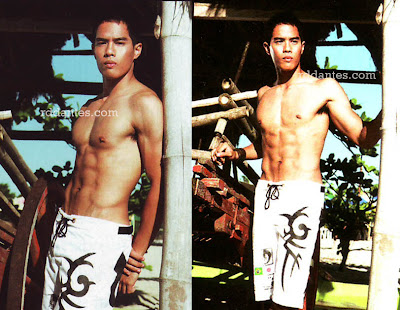 Didn’t you see him here first? That time Jome Silayan was a virtual unknown, a student modeling part-time. The first post on him generated some buzz, more on the who’s-that-interesting-boy queries. Fast forward a few years later and he’s got lots of top media exposures, in Cosmopolitan [Phils] magazine and Bench ads and billboards to name a few. Now under the same manager handling Jake and Jon, he’s set to star in a prime time series on GMA-7 as one of the leading men. Not bad, eh?