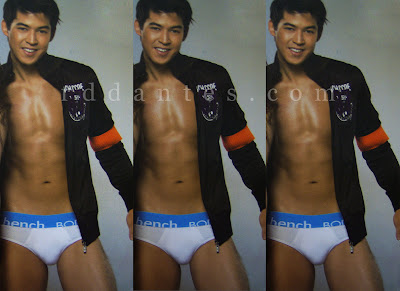 Model-actor Jon Mullally now known as Jon Avila is having a career step-up. He is in various shows in two different networks, in addition to the fact that he’s still one of Bench Body’s favorite boys in cotton lycra briefs. On ABC-5, he’s on the Sunday noontime fare Party On 5 and the Saturday gag show Everybody Hapi. Over at ABS-CBN, he has bit roles in the prime time series Rubi and the afternoon soap Impostor. Not bad for a guy who usually gets non-speaking roles in the shows.