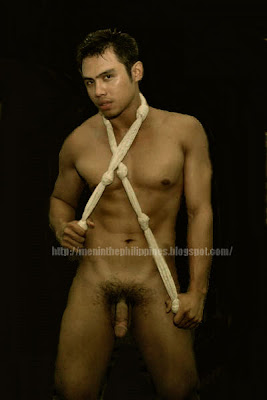 The Viva-produced movie Ang Lihim ni Antonio [Antonio’s Secret] will have its director’s cut premiere on February 4, 2008, Monday at the UP Film Institute [7.30 pm] . From the director [Joselito Altarejos] and scriptwriter [Lex Bonife] of Ang Lalake sa Parola, the “boldest gay film in Philippine history” stars newcomer Kenjie Garcia , Provoq man Josh Ivan Morales [in photo, again], Jiro Manio and Shamaine Buencamino. The synopsis of the movie: Antonio (Kenji Garcia) is a curious fifteen year old boy who is beginning to come to terms with his own sexuality. Although his straight best friend, Mike (Jiro Manio), has been supportive of his coming out, his first sexual conquest has led to the destruction of his friendship with his other best buddy, Nathan. Antonio’s exploration of his identity unfolds as his family begins to break up. His altruistic mother, Tere [Shamaine Buencamino] is in complete denial that his father has already abandoned them. A shocking tragedy begins to spiral up as Antonio meets his hedonistic uncle Jonbert [Josh Ivan Morales], who becomes the boy’s sexual obsession.