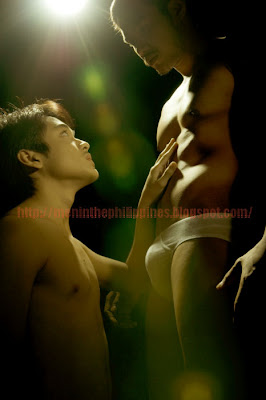 Ang Lihim ni Antonio [Antonio’s Secret] had a successful premiere recently at the UP Film Institute. The uncut version of the “boldest gay film in Philippine history” was screened to an SRO crowd. It stars newcomer twinkie Kenjie Garcia and Josh Ivan Morales aka Maico Eduria [in photo] of Provoq . On 13 February, the movie will have its regular run at the Robinsons Galleria, Robinsons Bacolod and Eden Theater (Cebu). I’m wondering, Lex, if the uncut version will be shown in those theaters, too?

16 thoughts on “Antonio’s Secret is Out!”