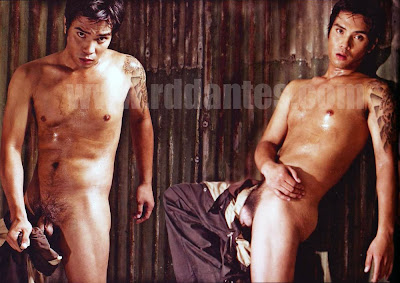 There is a nice lady manning the CV Magazines booth at Landmark Makati, where you can buy the latest issue of Climax which pays homage to independent movie actors such as Kristofer King, eggs shown above, who starred in breakthrough movies such as Babae sa Breakwater [he was the one who edged out Coco Martin during the casting for the lead], Tirador and the Cannes-movie Serbis, where Kristofer was graphically seen getting oral pleasure inside a mangy moviehouse but which scene was deleted on the cutting room floor for local viewing, and then again, Kristofer King gets to tease and please in this new issue of Climax, which is – back to the nice lady at CV Magazines in Landmark Makati – nicely wrapped in a newspaper, and you’ll just have to tell her nicely and she’ll give it to you discreetly after you hand over the Php 380, the price I paid for the little magazine, which I’m not scanning, except the photo above, out of respect to the publishers [unlike the twits who scanned most of the photos and posted in their sites] and so that you will have to BUY, BUY, BUY from CV Magazines, too.