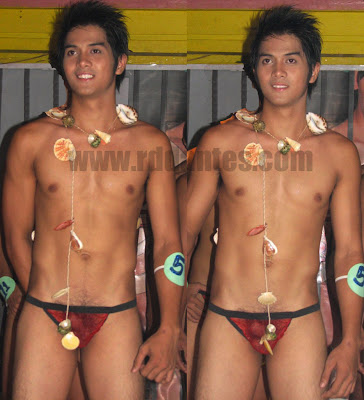 Oh, I figured we can do a bit of the saucy-racy post for this morning after all those entries on shirtless mainstream actors.  How about Warren Adami, previously featured here as one of the better-looking regulars in the wicked contests at the bar-formerly-known-as-Lips in San Juan?Also known as Warren Bautista, the 5’10”-tall looker was a winner of Manhunt Bikini Open 2007 at Lips, one of the contestants in Hataw Superbodies 2007 [ won by  Kish McBride] and a regular underwear model in Malate District’s annual gay pride events.