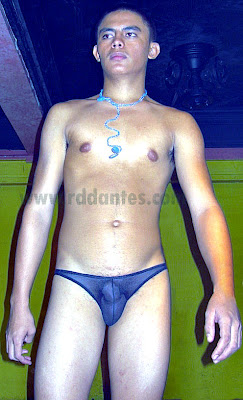 ….. here’s half-Jordanian, half-Filipino Hamudi Khileifat, one-time underwear model of that series of underwear shows in Metro Bar, until he had a falling out from his manager-show producer. Just the same, he went on to do shows for Lips Bar, and then he appeared with Ram Ace Bautista for Bed Bodies of Bed Bar in Malate District. He is now a freelance model.