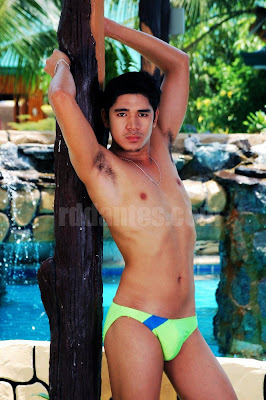 The TGIF guy is Jerby dela Cruz, up-and-coming male model and the winner of the Lakan ng Bulacan 2008 contest. He just needs a little scour and scrub and he’s good to go to the big league. In fact, he was cast in the recent Philippine Fashion Week as one of the exclusive runway models for the A-list designers. He has a bright future ahead of him in the modeling biz. And bargain-basement bikini contests are not exactly bettering.