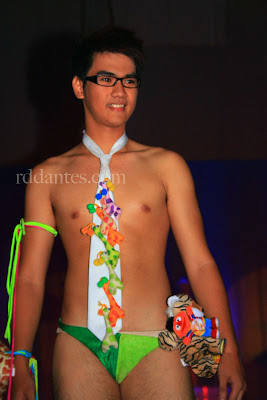 Here’s 18-year-old Ginger Cinco, who is starting at an early age in the bikini pageant circuit. He first appeared in the Mr. PUP [Polytechnic University of the Philippines] contest a couple of years ago. Then he joined the Generation East Model Search in 2008. While he’s not busy in school, he goes out of town [as far as Bicol and Ilocos] to join the bikini contests in town fiestas.