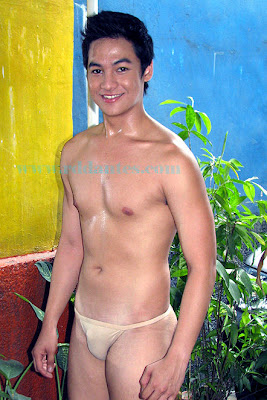 One good-looking contestant who got shut out of the main titles at stake at the recently-concluded Ginoong Pilipinas 2008 pageant was Mark Joseph “Mackoy” Miranda. The 22-year-old representative of Dasmarinas, Cavite, previously appeared in Heatwave 2007 Bikini Showdown [won by a then-unknown Harry Chua].  Prior to that, he was the Mr. AICS [Asian Institute of Computer Studies] 2005 and a contestant at the Body Heat 2006 Bikini Summit in Island Cove, Cavite.