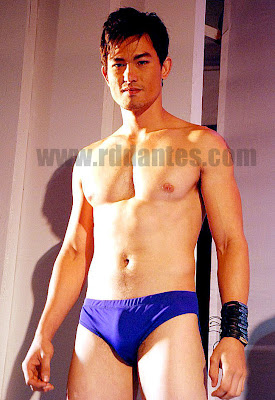 I’m not betting on the title of the post but that’s how it goes. Ian Leonel Porlayagan will soar again after two dramatic losses in the recent competitions he joined – Body Shots 2008 and the Mr. International-Philippines 2008 search. The last one, Mr. International, was most heartbreaking for the 23-year-old farmer from Nueva Ecija. Last year, he won the Mr. Philippines-International title, only to find out later on that said contest was bogus and had no sanction from the international franchise holders. So, Mr. Porlayagan had to try his luck again at the recently-concluded contest only to end up losing the title to someone. I’m pretty sure – this one, I’m not making up – he will come back to jolt and blow us all in the coming weeks [or months] with a radical career move that he just made. Will this red-hot man shock us up front soon?