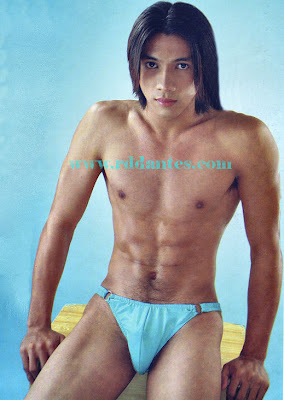 This is a photo of bikini open regular Jadel Lee when he was a wee bit younger and leaner.  The 26-year-0ld hunk, who was a contestant in Hataw Super Bodies 2007, is a BS Tourism graduate from the Centro Escolar University [CEU].  He started joining the speedos-and-skin contests in 2004 when he won Eastwood City’s first bikini open and Face of Bassilica Bar.  He was also one of the boys who did a full monty in the play Penis Talks.