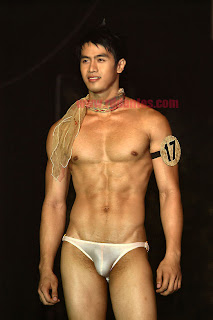 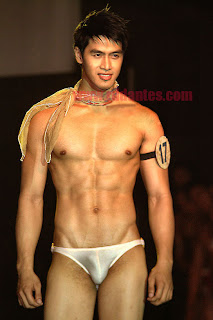 Twenty-five year-old model Jeffrey Surio was the first runner-up at Beach Bodies Search 2008, Subic Freeport’s biggest locally-produced bikini pageant.  Jeff, it must be remembered, was the tall guy in that show at Metro Bar who did the full monty in the opening number. Although he has modeled for the top designers [Moreno, Salud] already, Jeff is still into joining bikini contests from the small bars in Las Pinas City to the large stage of Eat Bulaga.