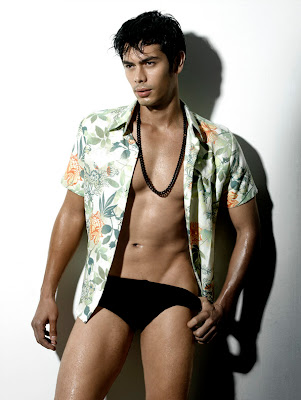 Dutch-Filipino stunner Alec van Dierendonck is back. The 28-year-old model, who stands 6’3″ did some modeling around Southeast Asia [Malaysia, Thailand and Vietnam]. He is fluent in Dutch [he was born in Leiden, Netherlands – the birthplace of Rembrandt], English and the Visayan dialect [he grew up in Davao City]. He also understands a bit of Thai, as he modeled for a while in that country. At present, Alec is in town, modeling for the top designers and endorsing commercial products.

10 thoughts on “Alec van Dierendonck is in town”