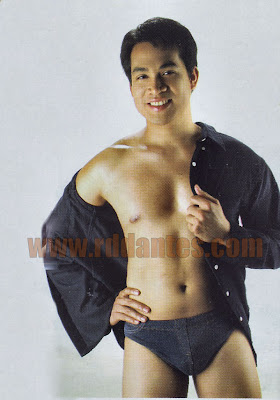 Ramp and commercial model Alvin Fortuna is trying showbiz again. The 28-year-old actor will be seen as one of the recurring characters in GMA-7’s primetime soap Ang Babaeng Hinugot Sa Aking Tadyang starring Dingdong Dantes. Prior to this soap, he was in the fantasy series Gagambino, the one with Dennis Trillo. The 5’11”-tall actor was previously in rival station ABS-CBN, first as one of the models in the game show Game Ka Na Ba and as a merman in the pioneering fantasy series Marina.