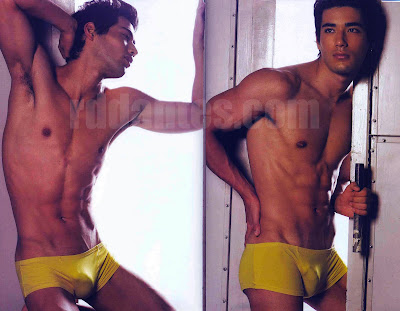 They are all here! The sexy Brazilian models with Japanese roots. Rafael Endo is in Manila to do work for the runways, print ads and tv commercials.  Rafael was in second year college taking up Pharmacy in his native Brazil when he stopped to pursue a modeling career in Asia. Rafael has been modeling for about a year now after he left school to do the runways and billboards of Hong Kong, Singapore and Bangkok.  His first love, he admits, is computers [Computer Science was his first course in college].  He says that video and online games helped him master the English language.

27 thoughts on “And another hot Nipo-Brasileiro!”