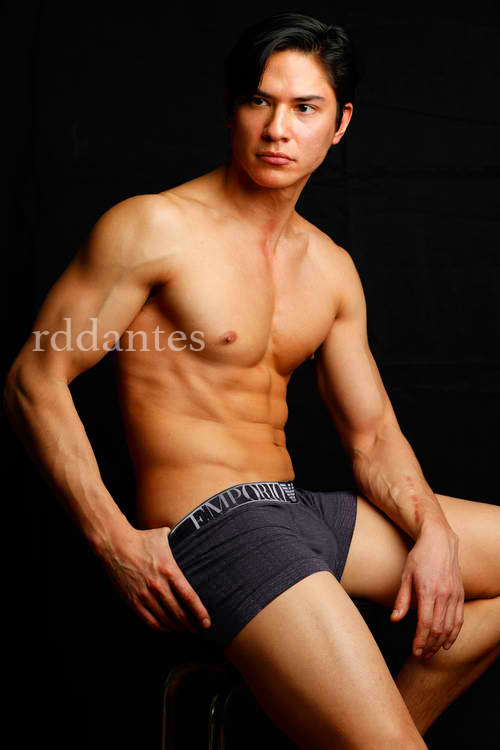 Back to normal, boxer-briefs-wearing hunks for the day. Filipino-Scandinavian Matthias Rhoads‘s claim to local fame was when he took off his shirt at the Philippines Independence Day parade in NYC.  People came up to him and took pictures with him, all the while telling him that he can be an actor in Manila. He’s now here testing the waters. Of course, he had to pose in underwear for us!