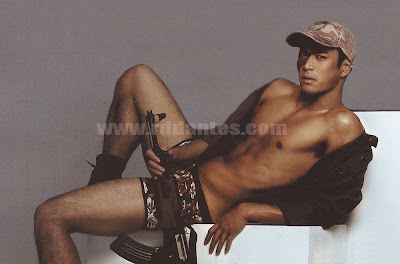 Brent Javier is set to star as one of the lead actors in ABS-CBN’s Humingi Ako sa Langit, a Grey’s Anatomy-esque primetime soap. Prior to that, he appeared in his debut movie Loving You, which I think bombed at the tills. Just the same, my favorite Bench underwear model is determined to be an actor – a radical shift from his male model persona.  He admitted that he has always given acting prime consideration, and that it was about time that he did some tv and movie acting.

12 thoughts on “Brent in military chic”