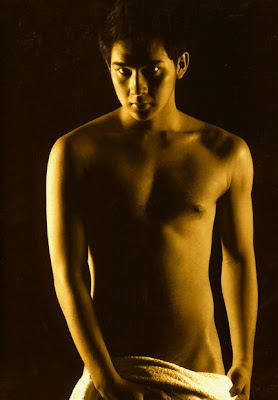 He has the most number of aka labels so far. Alvin Asuncion aka Ken Escudero aka Alvien Cano aka Ken Silverio, is 20 years old and the 2006 winner of the annual Ginoong Pilipinas male pageant. He was also the Mr. Photogenic in the recently concluded Mister International Pageant held in Singapore. Although he looks barely legal, Ken Escudero, as he is known now, has appeared as the lead in the gay indie flick Sikil, where he gets to show some skin. Incidentally, Cavite-born Ken graduated with a degree of BS Marine Transportation from the Asian Institute of Maritime Studies in Pasay City.