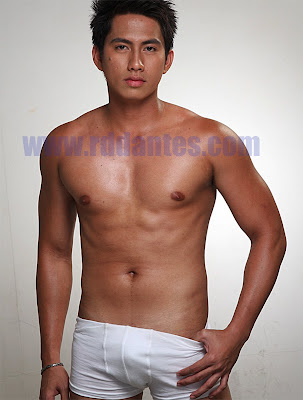 So there’s this new movie called Sagwan [literally, “paddle”] and it’s an independent production from Rocca Productions under the direction of Monti Parungao. One of the guys in the movie is sexy Dennis Torres, a former contestant at the Mister Philippines-International pageant. Reportedly, he’s doing the obligatory frontal nudity scene in this film shot in panoramic Calauag, Quezon. Dennis Torres is a member of the new boy-group Cappuccinos. The movie Sagwan will premiere at the UP Film Institute on 4 February 2009 .

26 thoughts on “Dennis Torres for Sagwan”