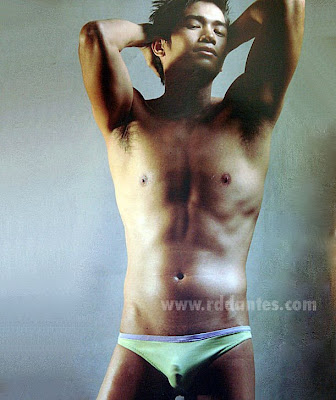 Shy but sexy Jeff Luna is a 25-year-old freelance model who has appeared in that series of shows featuring tacky underwear in Metro Bar. The 6’0″-tall native of Pampanga province hopes to be a professional model and an actor. He appeared in a meaty role in a yet-unreleased independent movie with Dexter Castro and Piolo-doppelganger Rico Lazaro.