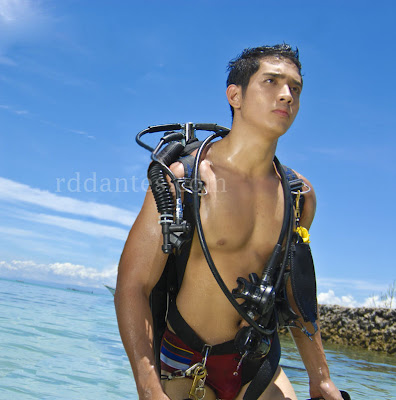 Bacolod native Kevin John Zaldarriaga first came to Manila to try his luck in modeling. He appeared in a few runway shows for designers and clothing brands in the metro’s fashion scene. Next he entered the Mossimo Bikini Summit 2009, and although the 5’11”-tall hunk didn’t win the top prize, he upped his status in the top-model-meter. Recently, he appeared as one of the bit players in the comedy movie Here Comes The Bride. Talk about betterment!