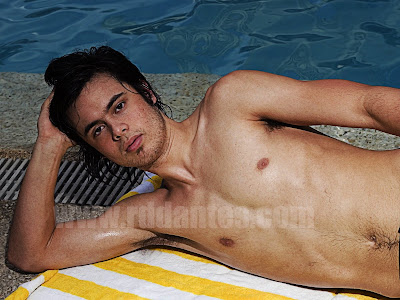 There’s a new kid soaring and surging in the modeling world and his name is John Emel Rowe. The 6’4″-tall Filipino-Australian [mom is from Cebu] has been featured as one of the 69 hot and new bachelors of 2008 by Cosmopolitan [Phils] magazine. Actually, Emel Rowe was discovered while playing basketball for the University of San Carlos [USC] in Cebu City, where he’s taking up a management accountancy course. The baller-model is slowly getting noticed for major modeling projects not only in the Queen City of the South but also in Metro Manila.