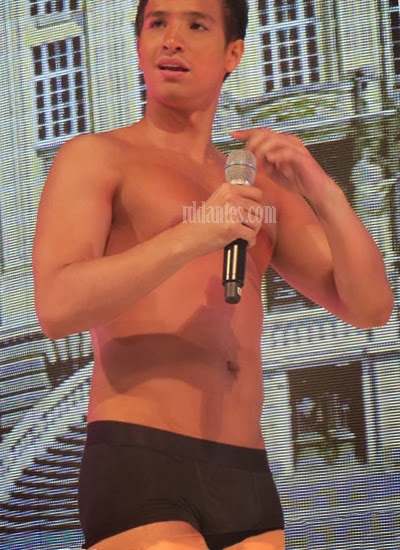 Yes, indeedy! Everybody loves Markki! There is a heightened interest in this Filipino-Norwegian singer-actor-model. Perhaps he has a nice bod. Or that his bulge is prominent sometimes. In any case, it’s all about his awesome sex appeal.  At the Cosmo Bash held recently, the audience went apeshit when he pulled his pants down.

93 thoughts on “Everybody Loves Markki”