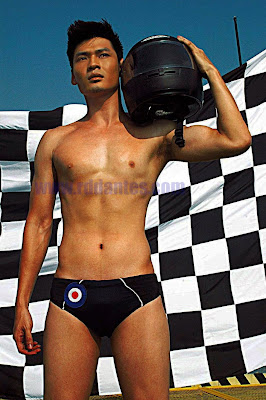 Felix Buenaobra is one of those quite and unassuming male models blazing through the fashion runways lately.  The 26-year-old graduate of the College of St. Benilde [he was a campus crush back then] was first seen as one of the 2005 eligible bachelors of Cosmopolitan [Phils] Magazine. In that year, he finished second runner-up at the Island Heat Bikini Open. Subsequently, the 5’11”-tall model appeared as one of the candidates in the 2006 Mossimo Bikini Summit [batch of Hermann Weber].

7 thoughts on “Felix Buenaobra flaunts it!”