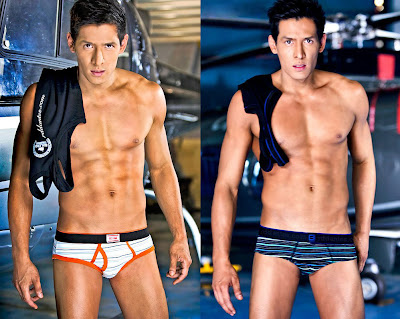 Speaking of underwear endorsers, Christian Vasquez has remained loyal to the comfy, soft briefs and undergarments of Baleno for several years now. The 33-year-old hunk, actor and former runway model was launched as the brand’s main man in the summer of 2002. From then on, he has appeared in various ads wearing only the Baleno line of skivvies and underthings through the years. He’s still one hot model, if you ask me.