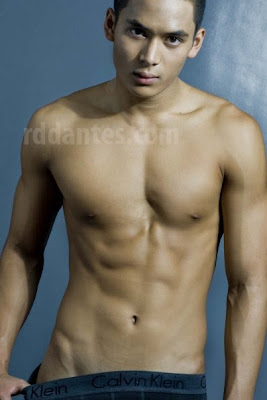 Hot model Gerard Sison is one of the fresh faces of the modeling biz this 2010. Born and raised in Melbourne, Gerard came to the country in 2008 to party for three weeks in Boracay. After his beach stint, he tried his luck at modeling for the runways in Manila. This 6′-tall hunk was already a seasoned model back in Australia, so the job came easy for him. He landed Fashion Week slots plus TVCs. So far he has stayed in the country.