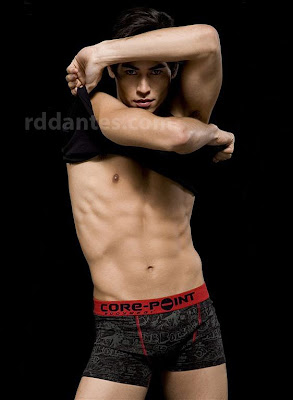 Our TGIF boy is Fabinho Ide, a Brazilian model in our midst. The 24-year-old cutie has been in the country for quite some time now, occasionally leaving to attend to commercial casting and runway projects in other Asian countries. He is one of the new models for Fit ‘N Right, along with another nipo-brasileiro Daniel Matsunaga. Fabio is also finishing a movie with Daniel and some Filipino models, which movie is about a group of models stranded in an island – D’Survivors. It looks like Fabio’s going to stay for a while, as he’s been taking language and acting lessons to broaden his career path in our shores.