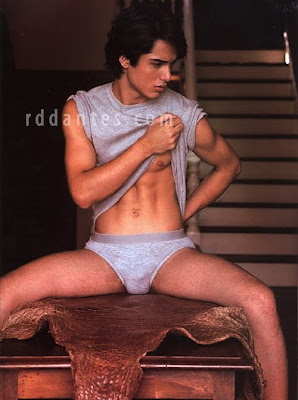 Twenty-one-year-old Brazilian male model Sandro Takeo Iwafune blazed through the Philippine modeling scene a few seasons ago. This Nippo-Brasileiro model has appeared in practically all the big ads and brands in the country – clothes, briefs, shoes and phones. The most memorable ad, however, is that Master Facial Cleanser ad which featured his billboard in the metro for quite some time. Sandro has since moved on to another Asian country, beefing up his resume and portfolio for the fashion capitals of the world.