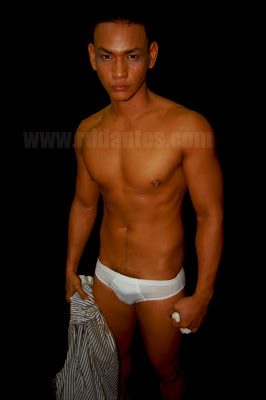 Remember Janvier Daily?  Yes, that‘s the one with the nude photo, which popped out a few months back in the worldwide web. Well, he’s now doing some modeling in between acting assignments on tv and the movies.  He’s always seen in the go-sees for fashion shows and his efforts have paid off, as he was cast in big shows of late. Janvier Daily was in the last Bench show at the Araneta Coliseum, if I’m not mistaken, and then the Cosmopolitan [Phils] Magazine’s annual Bachelors’ Bash.  So it seems everything is doing fine after all for Mr. Daily.

12 thoughts on “Janvier strikes a pose”