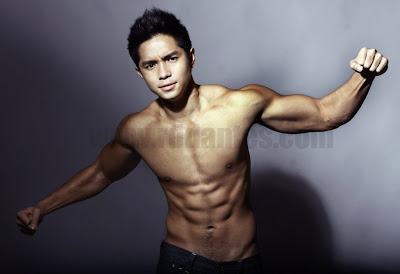 I was watching GMA-7’s morning show Unang Hirit a few days ago and I finally came across the segment of baller-model-host  JC Tiuseco.  Although he is a bit stiff unlike the animated style of Drew Arellano in the same show, JC is trying his best to learn the ropes.  In a magazine interview, JC revealed that he is pretty much excited about his new showbiz career – a big jump from his basketball days and runway spots.  In a few months, maybe JC will master the art – or facility – of hosting on national tv.